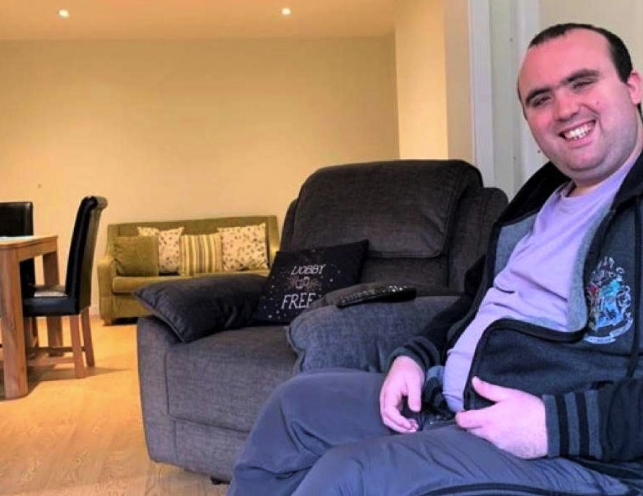 ‘Jamie Newcombe, 24, is about to move into his first home, “an ordinary house in an ordinary street” in his native south-east London, says his mother Julie. Jamie recently chose a new wardrobe in his favourite colour, green.

Moving into your first house sounds unremarkable, but for Jamie it is a long-awaited, hard-won homecoming. The young man, who has a learning disability, autism and intermittent mental health issues, has not lived permanently with or near his family since he was 10.

Jamie went to four different residential special schools before being sectioned under the Mental Health Act at 18 when his residential care broke down. He then lived in five separate hospital-style units, including psychiatric intensive care, secure rehabilitation and an assessment and treatment unit (ATU)…’