Silent Minority (Film to use in meetings/training) 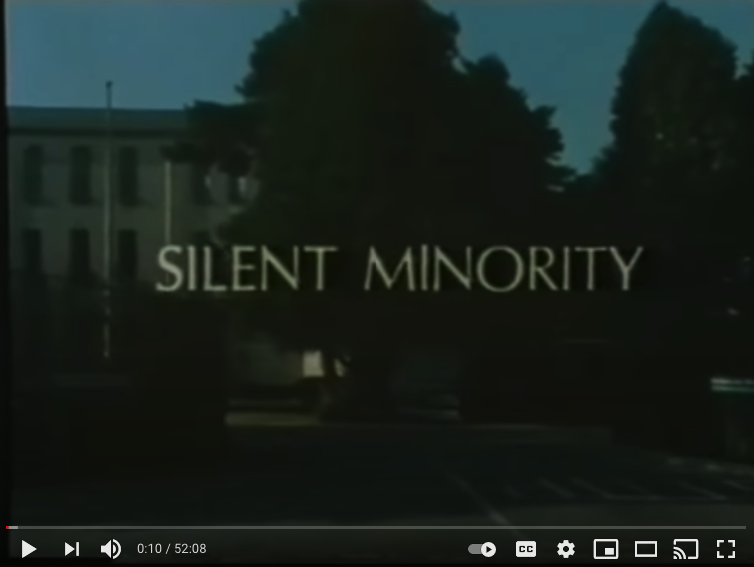 Silent Minority is a 1981 British documentary film made by Nigel Evans for ATV which aired in June 1981 on ITV.   The film spotlights the conditions those ‘living’ at the Borocourt Hospital near Reading, Berkshire and the St Lawrence Hospital in Caterham, Surrey.

Powerful and distressing.  It’s a film which, maybe used in sections, can bring to life the horrors experienced by many people we support today in their youth.  This often leads to some powerful discussions and reflection.