A wish, a growl and a Gr8 Support Movement! 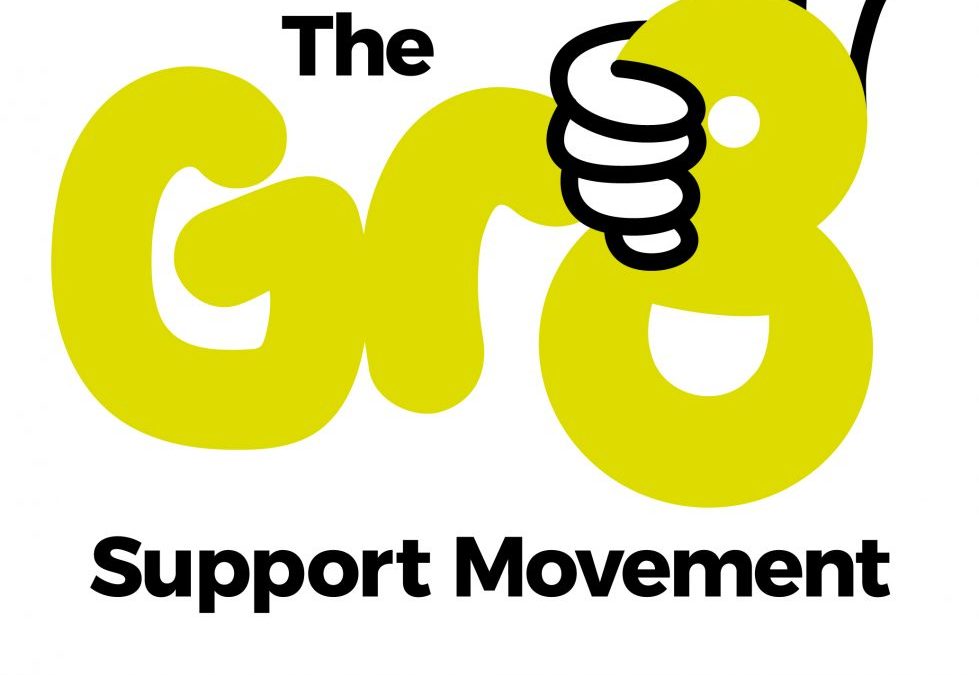 Do you offer Gr8 support? The Gr8 Support Movement

At Paradigm we all have slightly different memories of how the idea for The Gr8 Support Movement started. We do remember that the idea came from two very different starting points: one a wish, the other a growl.

The first was a long-standing wish on the part of Sally Warren, Managing Director of Paradigm, to do something with, and for, great support workers.

There is a much better chance of putting people with learning disabilities firmly at the centre of good ordinary lives if those doing the support, rather than organisations, are in the driving seat of innovation and problem-solving.

Yet few support workers get an opportunity to network and connect with each other at work, let alone outside work or beyond their employing organisations.

The other starting point was a damning photograph which hit the headlines in March 2016: a support worker apparently taking a fag break while shopping bags were dumped on a man with learning disabilities in a wheelchair who she was supposed to be looking after.

Mencap were immediately and duly appalled and did the right thing by suspending the staff member concerned.

Once we had stopped growling about it, we agreed that enormous damage had been done to the reputation of support workers by that photograph. A wave of scandals – the high profile criminal abuse which was uncovered at Winterbourne View, the unforgiveable death by neglect of Connor Sparrowhawk – had indicted providers, and along with them, care and support workers, whose public image had been sliding into the mire for years.

With that photo, the epitome of disrespect and indifference, public image was pitched into yet another intolerable low point.

The idea resonated and gathered momentum. We connected with over 350 people with learning disabilities who talked with us about what great support looked like for them.

In May 2017, support workers from 21 organisations got together in Birmingham to shape, co-design and launch the national Gr8 Support Movement and over 100 people, nicknamed ‘Change Makers’, signed up to test drive the plans and pioneer the movement.

After a highly-successful pilot and review, the Gr8 Support Movement is now growing in membership and gathering momentum. Organisations pay to sign up as many of their staff as they like to a vibrant online network of people focused on learning and innovation and being the best they can be.

Methods of connecting and engaging are time-efficient and cost-effective. Staff connect online whenever they can to share insights, swap ideas and solve problems. They generate and take part in debates on campaigns and burning issues like Staying Up Late #nobedtimes.

They ask and answer cutting-edge and challenging questions about, for example, how to support sexual relationships or parenthood.

Staff also support and encourage each other to stop poor practice or challenge the stale old status quo.

For example, one Change Maker, from Getta Life, suggested creating a jar of motivational ideas to solve the problem of people doing the same things week in week out.

Since routine and boredom is a perennial challenge to quality of life across the care sector, this simple but effective solution is now a kit resource for the whole network to use.

One member, thinks that breaking routine is key to dreaming big, ‘Our best work comes from support workers being lifted out of routine and into the realm of reflection and excitement. I am convinced that, if we play our part, joining the Gr8 Support Movement will mean most of our staff dreaming big with and for the people they support. Priceless!’

Innovators and great practitioners also stimulate discussions, via articles and monthly webinars. The series of webinars to-date have included:

They share freely the trade secrets of their solutions or outstanding practice. For care providers who are more accustomed to competing than co-operating, sharing innovation as a common resource rather than a guarded secret is a refreshing and priceless resource.

Sue Livett, Chief Executive of the Aldingbourne Trust said, ‘[It’s] fantastic to have links to others who provide and promote Gr8 Support as well as lots of ideas as to how we can be even better.’

The aim of the Gr8 Support Movement is to empower support workers to become Change Makers everywhere – in their own practice, within their organisations and across the sector.

Early signs are that it will help the care sector challenge itself to root out indifference, neglect and abuse in all its forms and, in-line with the eight great characteristics chosen by people with learning disabilities, provide truly great support.

Over time, it may also help repair public perception of care providers and increase the status and value of support work. That is a change from which everyone will benefit.

More information on the Gr8 Support Movement is available on the Paradigm website https://www.paradigm-uk.org/gr8-support-movement/